Since January 1st, 2020, the International Maritime Organization has required all merchant ships to use a desulphurized fuel called marine diesel with a Sulphur content of 0.5%. While in a Sulphur Emission Control Area (ECA), these same ships must use fuel with a maximum Sulphur content of 0.1%. When they use conventional diesel, the Sulphur level drops to 0.001% Sulphur content. This is currently the case for more than 90% of the ports of call operated in French Polynesia.

Passengers on board a cruise ship pollute less than when they are at home, because the energy consumption (heating, air-conditioning, lighting, mobility) of these passengers on board is not in addition to, but instead of, the consumption that they would have generated during the same period on land. Moreover, waste is sorted and recovered drastically on-board cruise ships, to a greater extent than on land.

Out of 50,000 merchant ships currently sailing around the world, 480 only are sea & river cruise ships – 330 ocean liners and 150 river cruise ships. This represents less than 1% of the world’s merchant shipping fleet.
According to a study from the World Tourism Organization published in December 2019, based on 2016 data and focusing on tourist transportation, the share of tourist transportation is estimated at 1.6 billion tons (i.e. 22% of the total global transportation emissions, 5% of total human generated emissions).
Transportation for international tourism produced 458 million tons of CO2 (domestic tourism produces twice more).
This study provides estimates per region and mode of transportation. Therefore, air transport accounts for 81.9% of CO2 emissions from international tourist transportation, 11.6% from cars, 5.5% from cruises, and 1% from railways.
Consequently, out of the 32 billion tons of CO2 emitted by human activities in 2016, a segment such as cruises accounted for 0.08% only of global CO2 human generated emissions.

A cruise ship is likely to pollute more when maneuvering to dock. During this transitory phase of the arrival or departure maneuvre, engine speed varies constantly in response to engine orders from the bridge. Hence, the percentage of air/fuel mixture is not regular, and the fuel combustion is not complete. It is during this particular phase that large plumes of black smoke and soot are observed. In the case of ocean liners using electric propulsion, this critical phase is non-existent. In French Polynesia, apart from Tahiti and Raiatea, all other calls are made at anchor, with no need for major maneuvres before arrival or departure.

Pollutant Emission Control Areas are sea areas where tighter controls to reduce emissions of Sulphur oxides (SOx), nitrogen oxides (NOx) and fine particulate matters (PM) have been established by the International Maritime Organization (IMO), on cruise ships. These areas are called SECA (Sulphur Emission Control Area), NECA (Nitrogen Emission Control Area), or ECA when they regulate these three types of pollutants.
The Tahiti Cruise Club, along with other regional cruise organizations, is leading the project to establish a SECA or ECA zone in the South Pacific for all maritime transport in the area.

A cruise ship pollutes like a few hundred cars or a few dozen trucks. The infamous media slogan « 1 cruise ship = 1 million cars » is therefore wrong, as it is the result of an inaccurate calculation. All the studies carried out in the world over the last 6 years, by specialized laboratories or universities, with measurements taken over several months, on air quality in ports, continental, urban or island areas, converge towards this conclusion, whether we consider CO2, SOx, NOx or fine particle emissions.

In French Polynesia, since 2009, these aspects have been carefully considered. Firstly, speed limits on the approach of the coast and inside the lagoons are enforced under the authority of the Polynesian maritime pilots of the Te Ara Tai Pilot Station, to reduce emissions and heavy swell accordingly. Defined anchorage points have also been set in deep areas of sandy or muddy bottoms.

With the support of: 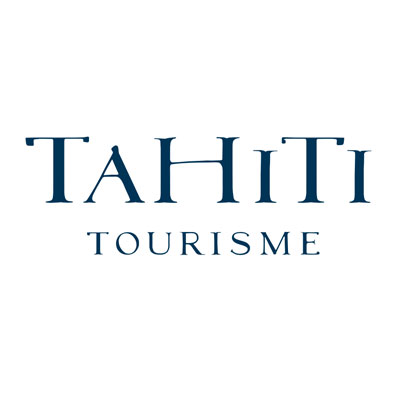